The business value of design was the subject of many reports last year. McKinsey researchers demonstrated the link between business success and a mature approach to design, KMPG examined Polish brands’ approach to building a consistent customer experience, and PwC looked at how the quality of interactions affects audience loyalty.

One of the first steps to achieve a higher level of design maturity should be to analyze existing processes and design patterns in the organization. Sorting out inconsistencies and developing clear methods of operation may have an impact not only on improving the quality of implementation, but also on creating a new, more friendly work culture.

What is Design System?

Are you dealing with a product or a company for which the visual identification is an important element of communication and building customer relations? Surely you have come across brandbook or corporate identity book. They contain a set of guidelines, the application of which guarantees consistency of particular elements, regardless of contexts and media in which they will appear. 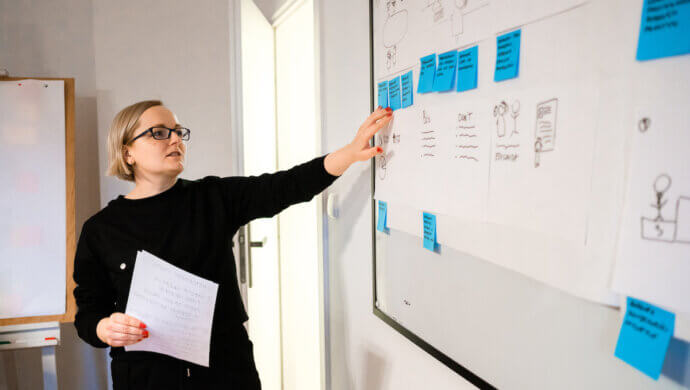 UX and design thinking in a large organization – what value does it bring?

Large companies and agencies often employ people whose task is to verify graphic designs for compliance with these guidelines. The principle of caring for consistency and continuity of user experience often extends to other elements of the service – language, staff attire, or the nature of the products offered. When you order coffee in your favorite chain café, you expect it to taste the same – regardless of whether you drink it in Krakow, Vienna or New York.

Design System faces a similar task, but this time the principle of consistency is applied to the entire system of interface components.  So it covers a wide spectrum of elements – from the smallest button to the whole screens. Often including aspects such as accessibility, language, system sounds, illustrations and many others. What is important – Design Systems includes not only static graphics. Its element is also the code reflecting them. Thanks to this, the elements can be reused and there is no need to create them from scratch every time. Of course it is connected with

In design environment Design System is sometimes called the single source of truth, which reflects the essence of its function very well. It is a set of rules the observance of which helps to maintain cohesion within products and services. A well-prepared design system not only helps to define the appearance of individual components, but also guarantees scalability – it enables adding new ones based on the existing guidelines.

A well-prepared design system not only helps define the look of individual components, but also guarantees scalability – allowing new ones to be added based on existing guidelines.

Do you need a Design System?

Traditional UX design techniques are often based on creating screen/subpage/product element projects. The designer prepares the subsequent views and then passes them to the programmer for coding. If the digital product being designed is more complex and several designers are working on it, it may happen that they all work on views that contain the same element – for example, an action button. 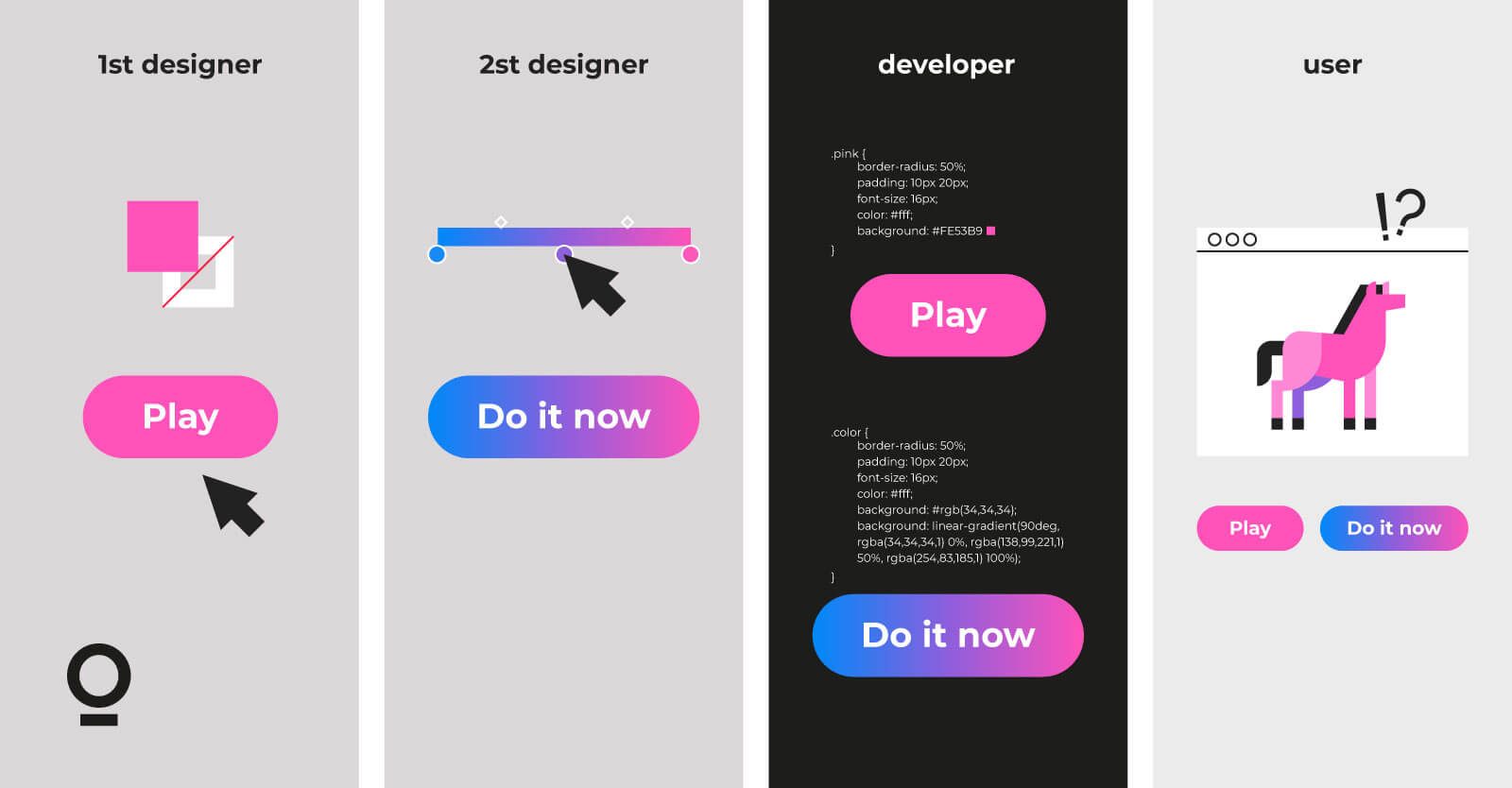 It happens that after passing both projects to the programmer, it turns out that the buttons, although they have the same function, are very different from each other. Shape, color and so on. If the programmer cares about the details, he will ask the designers to make their appearance consistent. If neither they nor he is interested in such “cosmetics”, it may turn out that there are 20 types of buttons on the page.

This can confuse users and cause them to abandon our digital product. Even more so if the competitor’s solutions guarantee them a consistent experience.

If all members of our hypothetical team had a consistent Design System, the risk of inconsistency would be largely eliminated. Instead of drawing or coding individual elements from scratch, they would use the existing ones or work on their appearance together, thus avoiding chaos.

Why create a Design System? 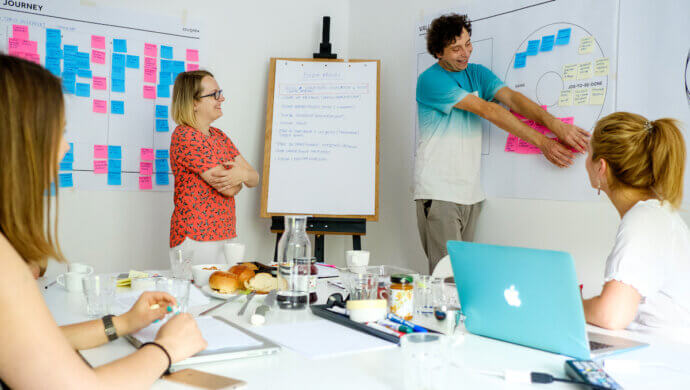 MVP – how to design and validate a Minimum Viable Product?

Building system design should be treated as one of the important elements of UX strategy. Especially in large organizations whose products are simultaneously created and supported by many specialists in different cities or countries. However, if you are just creating the Minimum Viable Product (MVP), which will eventually be extended with new functionalities, you can also consider preparing the right foundations for building a consistent interface.

The right approach to work on the design system will save time of all team members and deepen the awareness of the business advantages of good design. It will also be a big help when bringing new people on board. A common “source of truth” for everyone, means elimination of dozens of exceptions and doubts while making design decisions.

Before this can happen, however, you need to create a cohesive vision for the entire process and gain confidence that all participants understand its goals and will be willing to participate.

How to convince your boss to invest in building Design System?

If you are wondering whether introducing a design system into your organization is a good idea, pay attention to how the work between the design team and the implementation team goes. It is important for designers to find a common language with programmers. The next step should be a comprehensive audit of existing components and identification of inconsistencies. 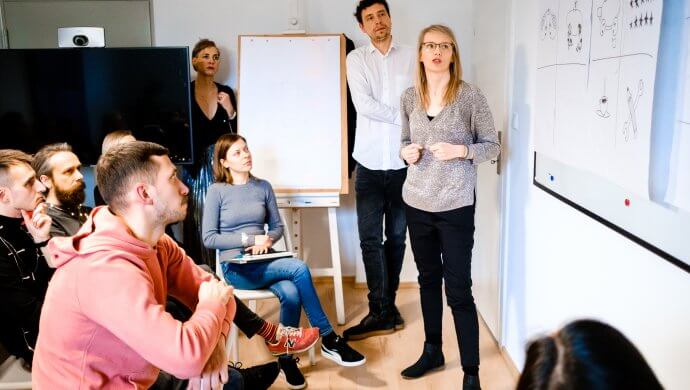 Digital workplace. How to design a virtual workplace in the age of remote working?

The digital workplace, or virtual work environment, has been gaining popularity for years, and not only because of the pandemic and the necessity of remote working. We are very familiar with tools such as intranets and electronic document flow, but the fundamental change in the topic of the digital workplace took place when we stopped thinking about it as a collection of tools and switched to thinking about the processes that take place in a company. 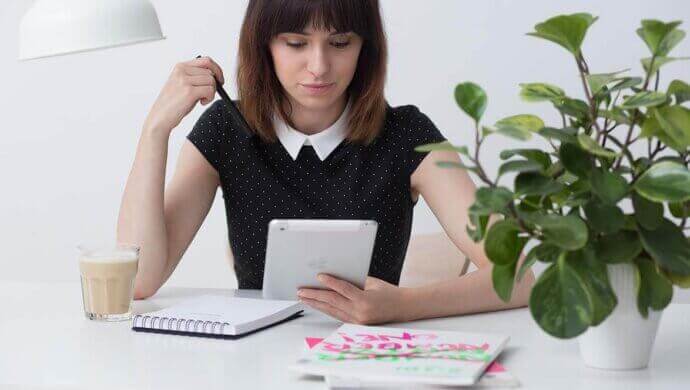 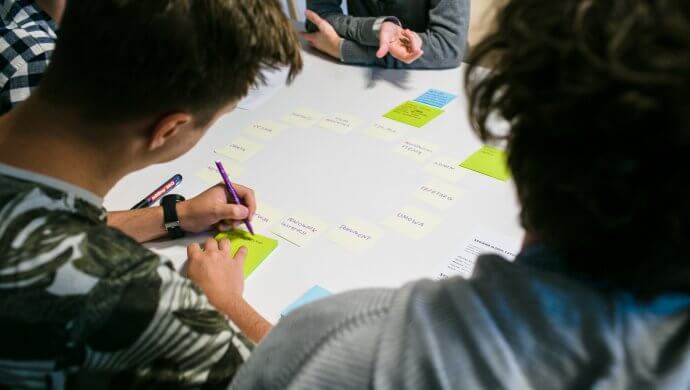 Changes often cause resistance and fear. It is no different when we plan to implement a new system to be […]